The brilliant team from TopCar has once again delivered a one-of-a kind vehicle that’s as beautiful on the outside as it is powerful and fast. This time around, they’re giving us an exclusive look at their carbon copy of your favorite Porsche – the 911 Turbo S! 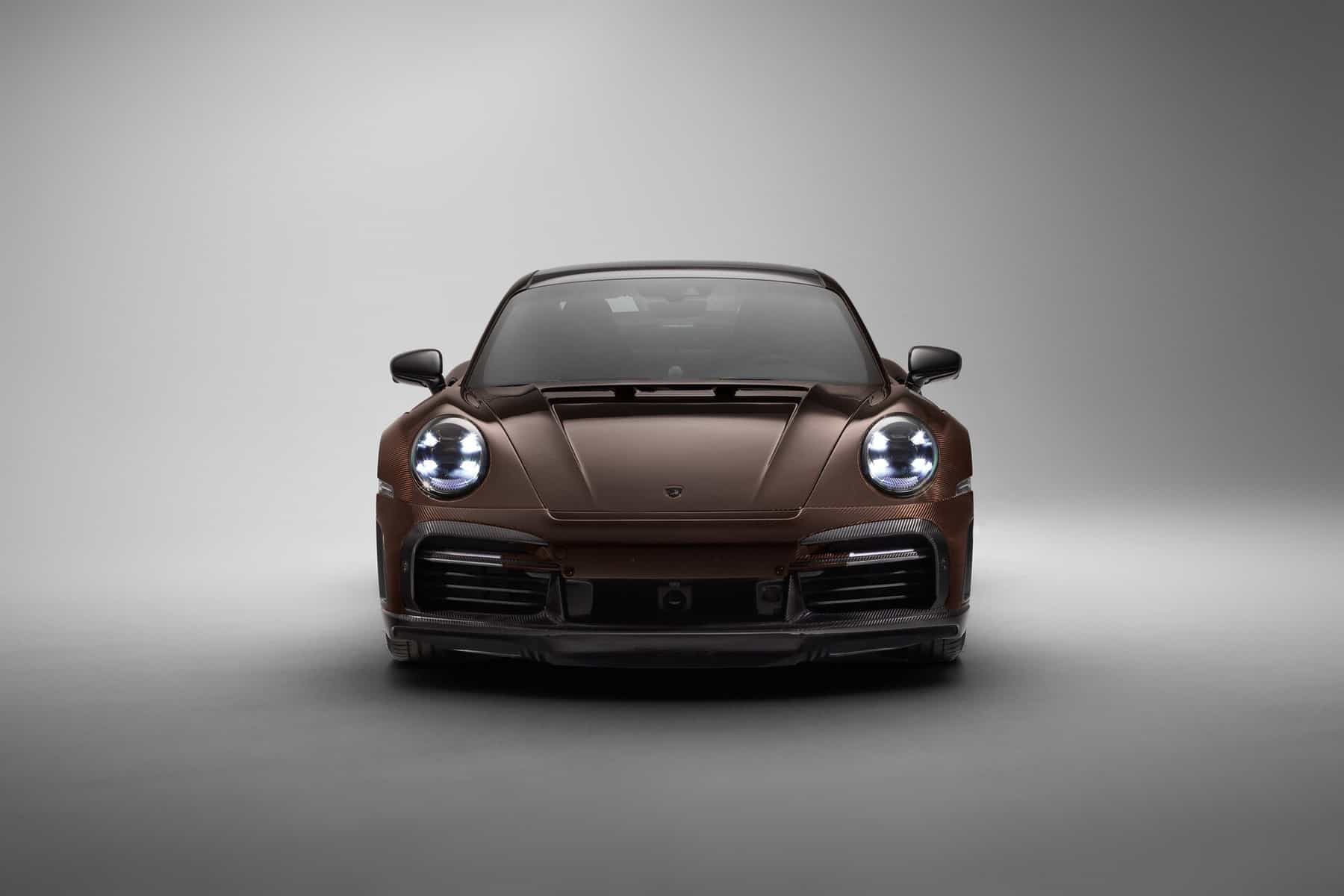 Topcar’s Stinger GTR is one of the most innovate and cutting-edge cars on today’s market, with its carbon fiber exterior giving it an edge over other models. Every single surface that comes into contact with your skin has been replaced by this incredible material – even things you would never expect!

The new carbon elements are made of four layers, each thicker than the last. They have been textured for grip and painted chocolate brown to give them an extra touch of style! 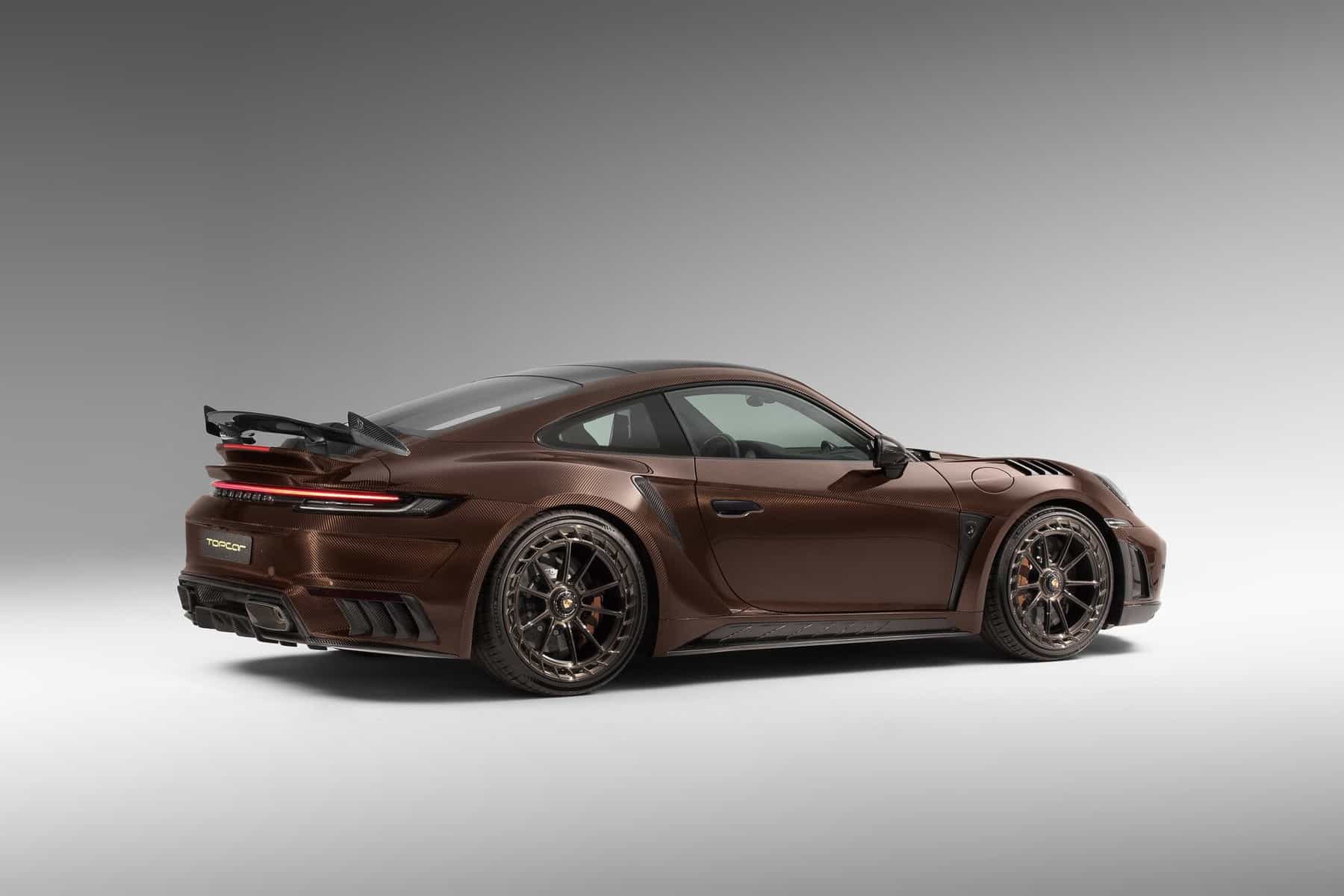 The carbon conversion of this car is quite expensive, starting at €100k ($113,555). But if you want the colorful shades that makes it even more appealing then an extra price tag will appear on top – brown or black carbon fiber can cost up to 25% more! 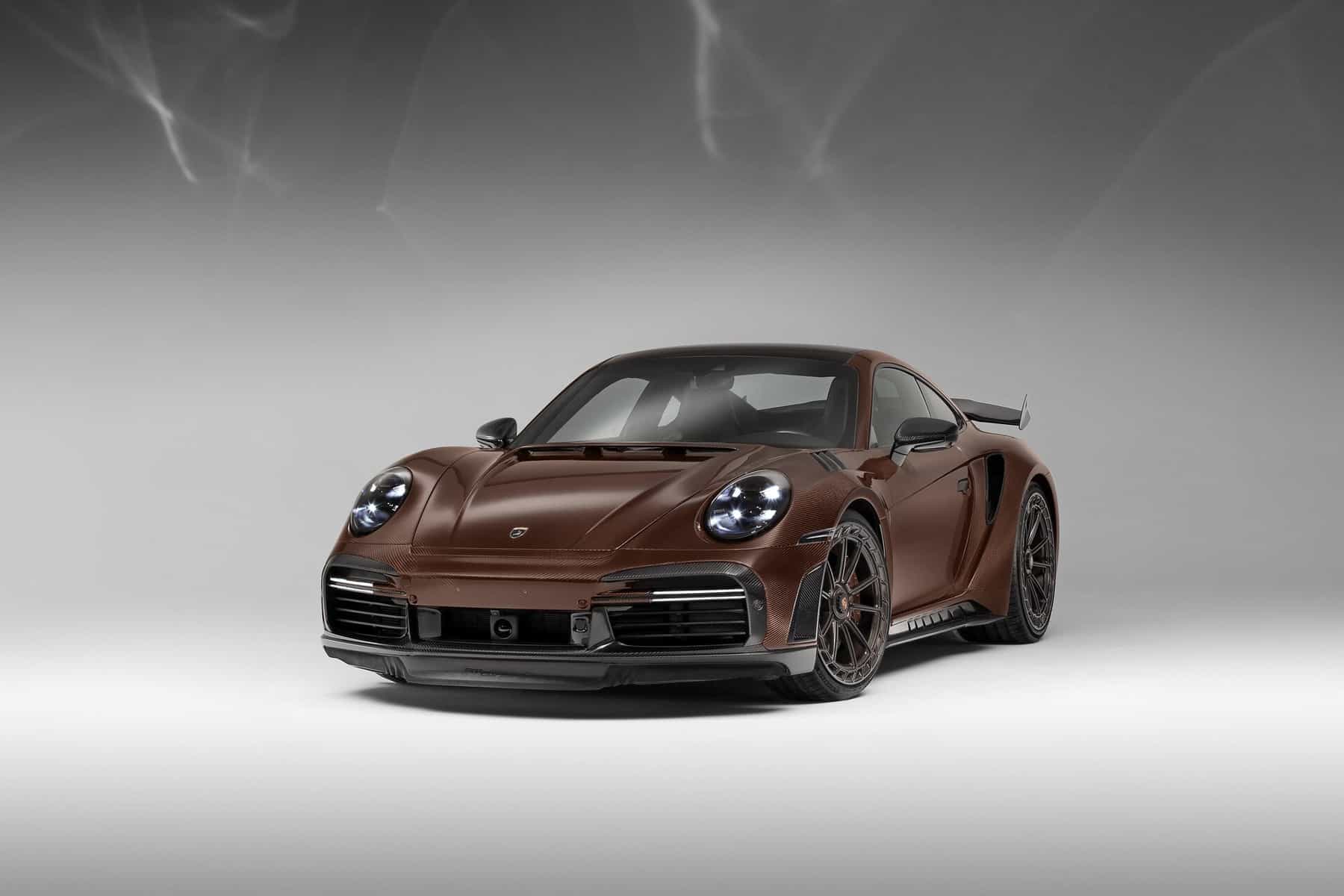 TopCar equipped this Porsche with some of the most striking wheels I have ever seen. They are 21 inches and 22 inches in diameter and wrapped in Michelin tires measuring 265/30 ZR21 at front or 335/25 ZR22 n the back.

Inside, the modifications include new black and brown leather upholstery on seats as well as dashboard, in combination with plenty of carbon fiber accents. The price tag of €35K ($39 732) for the interior upgrades may be too much but it will definitely have you impress anyone. 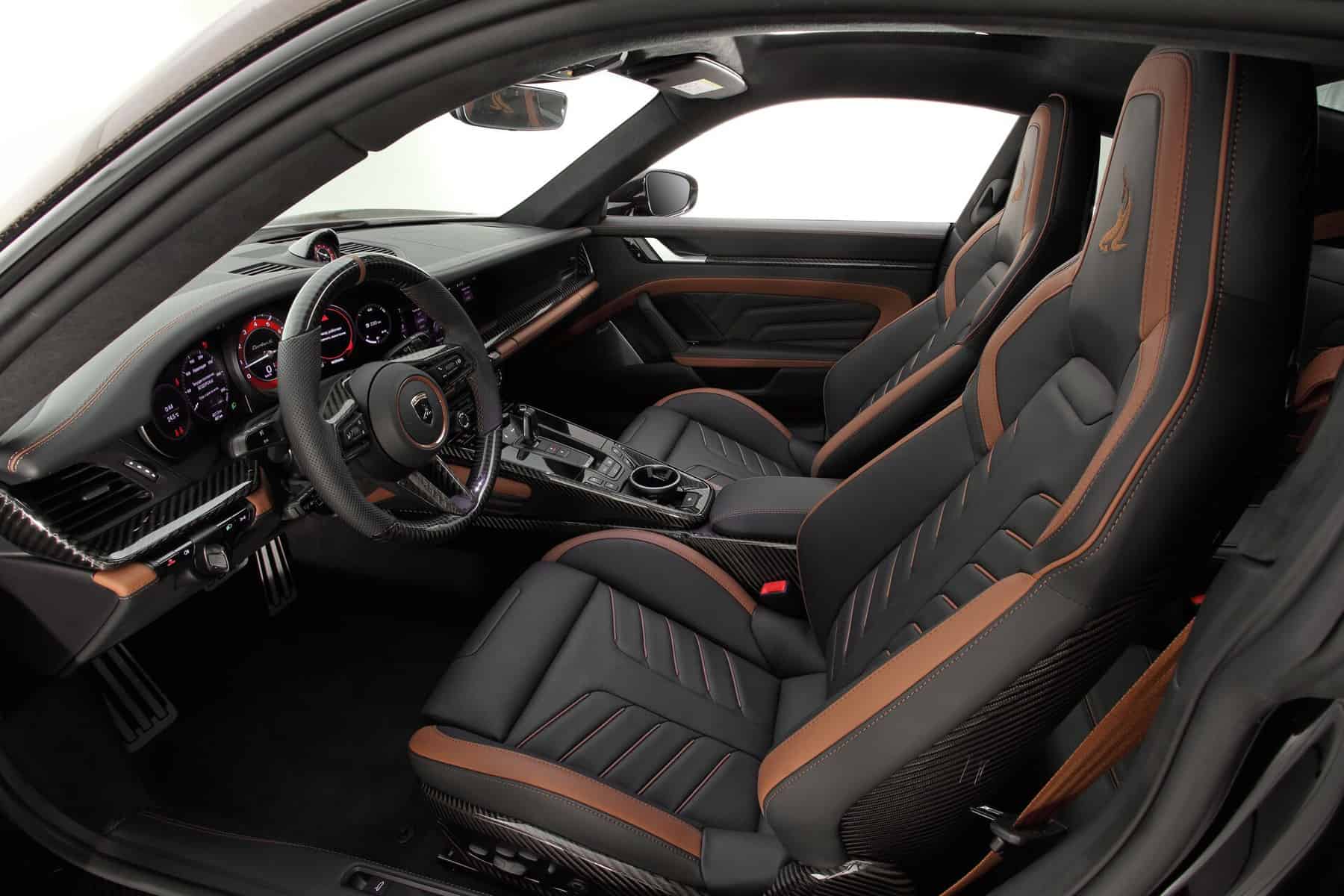 TopCar didn’t mess up with the car’s powertrain, leaving it stock with the twin-turbo 3.8L flat six producing 641hp and 590 lb ft of torque combined together at 8150 RPMs!

There is no doubt that the 911 Turbo S is one of Porsche’s most powerful and fastest cars. It can easily reach speeds up to 330 km/h (205 mph) making this vehicle perfect for those who want performance without any fuss! 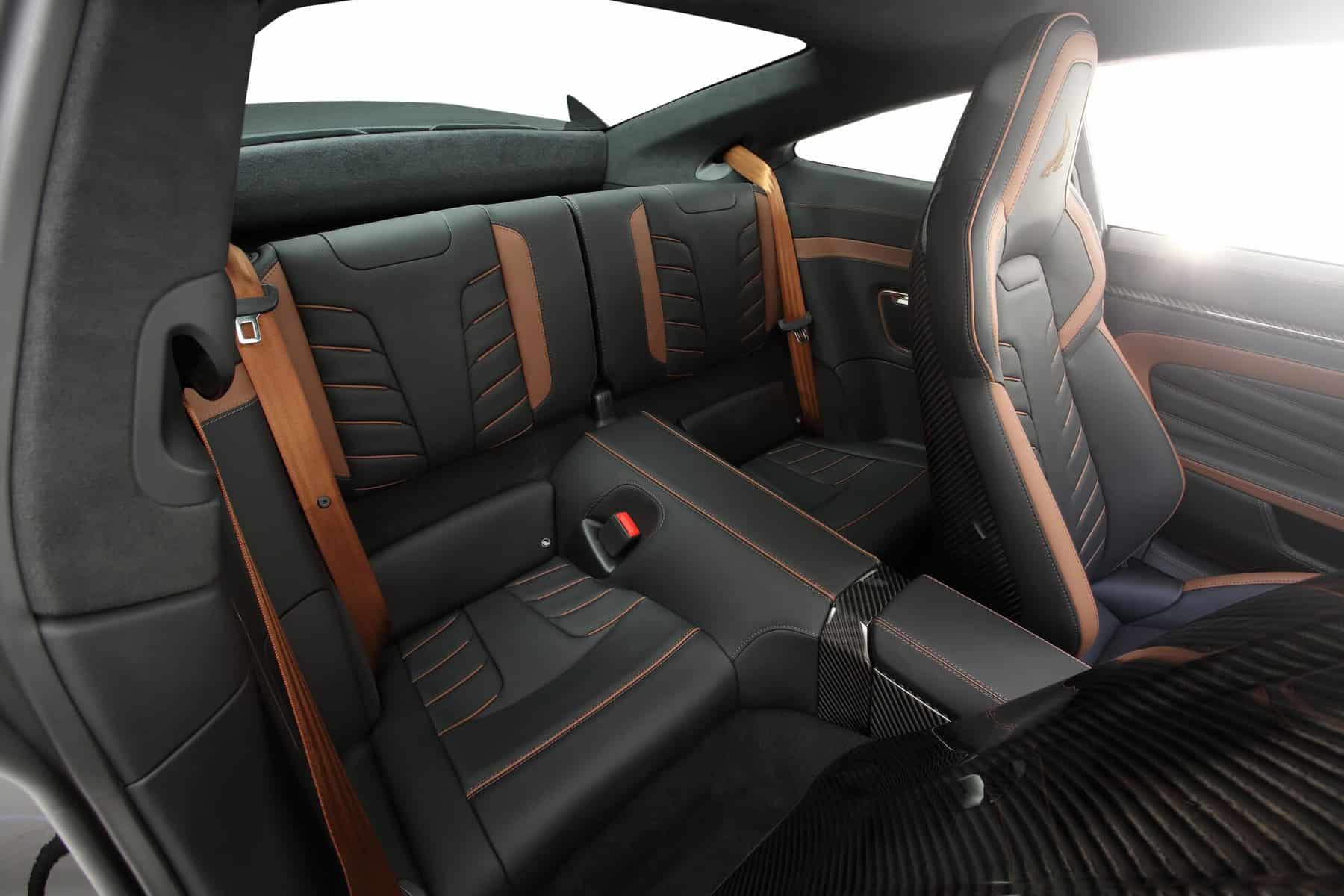 Thanks to Topcar, the all carbon fiber body panels make the 911 Turbo S even lighter but we don’t know if there are noticeable improvements in terms or acceleration time.

The TopCar Stinger GTR Limited Carbon Edition is a one-of-a kind ride that’s going to cost more than twice as much money compared with the standard Porsche 911 Turbo S. 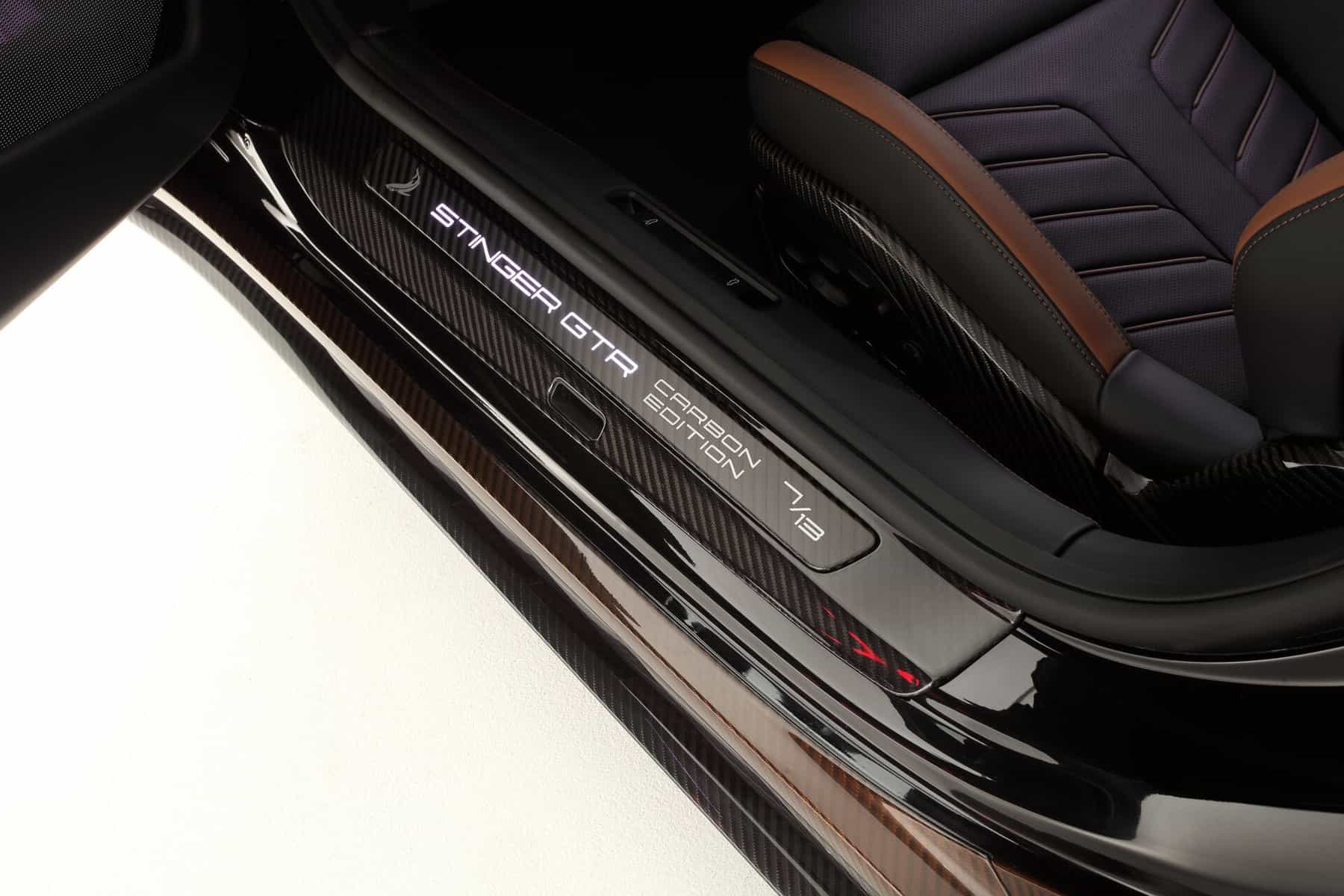