The automotive world collectively focuses its attention on the new cars they will reveal in 2009. The last year wasn’t too great for the automotive industry and there will be a lot of advancements, some of technical nature, others of safety or environmental improvements but they focus more on cheaper and fuel efficient cars. The car tuners were really busy in 2008 and they revealed some breathtaking tuning packages. We love extreme modifications, unique and impressive cars and here are the top 10 modified cars for 2008 to salivate over:

They guys from JE Design made a lot of improvements for this ride. They created a wide body kit, installed LSD Doors and 18″ rims painted with the same color as the car. They modified this car’s engine to deliver 244 HP at a maximum torque of 355 Nm and now this Seat Leon could accelerate from 0 to 100 km/h in just 6.4 seconds.

Volkswagen Scirocco was one of the most popular cars om 2008 and a lot of car tuners wanted to modify this ride. Rieger probably made the most attractive body kit for Scirocco and they tried to make it a bit extreme by installing Lambo doors which will surely turn a lot of heads. The car has new lower springs, 20″ rims painted in the same color as the car and quad exhaust pipes.

Hamann always knew how to refine luxury cars and each car modified by them is almost perfect. Aston Martin Vantage is another luxury car they wanted to improve and they made a tuning kit with lovely sport accessories and thrilling body design. The new body kit is really stylish and it’s made from fibre glass or matt carbon with perfect aerodynamics.

Novitec Rosso modified this Ferrari to reach a top speed of 348 km/h and it could also accelerate from 0 to 100 in just 3.5 seconds .Each new body component for this car was developed in the wind tunnel and the new body looks more aggressive appearance and reduces lift on the front axle. Novitec could also install carbon-fiber F1-style shift paddles, elongated center console, carbon-fiber scuff plates and custom made Supersport seats.

AC Schnitzer revealed the Tension Concept based on BMW M6 a couple of years ago but since this car impressed a lot of people they had to make a street version of their tuning kit. The car’s bonnet is eye catching and it has a large air outlet in a chrome frame that should be enough to cool down this car’s engine.

Hamann created a special performance tuning kit called Hamann Stallion that will boost the engine’s power to 630 HP. To gain this additional power they changed the car’s turbocompressors with new ones that are bigger and stronger and they also installed a new exhaust system made from stainless steel and they modified the car’s engine cooling unit.

This Ford Mustang will appear in Fast and Furious 4. The car has a Saleen 550 HP supercharger engine under the hood which sounds impressive, a new body kit which was slightly modified and the finishing touch was installing lambo doors. Probably the most important fact about this modified car is that the guys from Stangpede turned this ride from a stock into show car in just 6 hours.

The car has received the name “Renovatio” which means rebirth in english. This lovely SLR got an entirely new look after Mansory added a lot of design elements made by them. In the exterior, the car’s design was modified by adding new carbon fiber elements that gives the car a more agressive look and will also improve the car’s handling a bit because the car’s weight is lower now.

Edo Competition revealed the fastest Lamborghini ever made in cooperation with Christian Audigier, a designer that almost everyone knows. The guys from Edo Competition improved the car’s engine, aerodynamics, wheels, exhaust system and interior. Thanks to Audigier’s imagination, the matte black paint of the Edo LP710 has been restyled and he also redesigned the car’s interior.

With this great red color and agressive look it surely deserves it’s nickname, “The Red Devil“. This car could compete with any other car when it comes to looks and performances. It can accelerate from 0 to 100 km/h in just 4.2 seconds and even though it’s maximum speed is just 252 km/h this ride would impress anyone watching it. 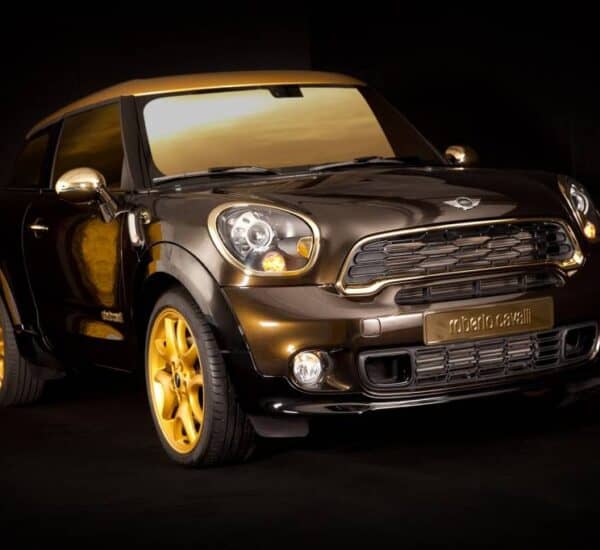 Michelin Behind The Scenes At 24 Hours of Le Mans