Here’s an attempt to build some hype around the new 2011 Hyundai Sonata that comes with a 2.0-liter turbo engine stock from the factory. Hyundai teamed up with RIDES and 0-60 magazine in order to customize the 274 horsepower saloon for the upcoming SEMA car show. It takes place in Las Vegas this November, and the South Korean tuning firm had no problem admitting the cars tune-up was inspired by Porsche, Mercedes, and Ferrari models. At the SEMA Show, Hyundai says the exterior styling modifications will be “modest and tasteful”, while only this teaser picture has been released so far.

Upgrades will include influences from the four-door Brabus Mercedes CLS Rocket sport coupe, interior design similar to the Ferrari F430 with strategically placed stitched leather throughout, and carbon fiber trim accents. No word yet where the Porsche similarities come to play, however other custom parts consist of 20-inch concave monobloc wheels, a matte pearl white paint job, and a slew of carbon fiber components. These carbon fiber parts make up the roof, grill, side mirrors, rear diffuser, and interior trim. Performance improvements to the Hyundai Sonata feature tuning the turbo, intake mods, and a quad tip dual performance exhaust system. 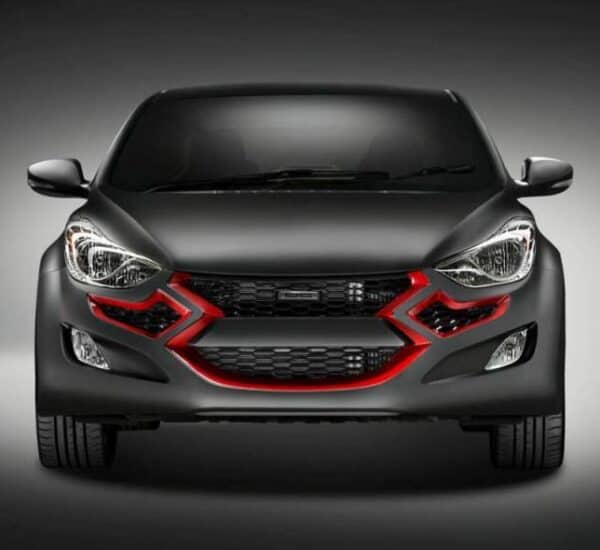