The new tuners from Amari Design have released some teaser pictures of the Bentley Continental GT they have been working on. Their tuning company is based in the UK, and this package consists of a new body kit, interior mods, and performance parts under the hood. First the aftermarket supercharger was installed, along with a sport exhaust system, and new ECU. Amara Design stated that the Bentley Continental now produces 750 horsepower, while riding on larger alloy rims and high performance tires. Exterior styling improvements came next.

This exotic Bentley holds a new bodykit featuring a front bumper, lip spoiler, fenders, hood, side skirts, wider quarter panels, rear bumper, boot spoiler, and carbon fiber diffuser to round it out. Inside the Continental GT by Bentley you will find upgrades consisting of upholstered seats made of Alcantara and Napa leather, as well as carbon fiber trims throughout. More details are expected at a later date from Amari Design, when the Bentley tuning is fully completed. 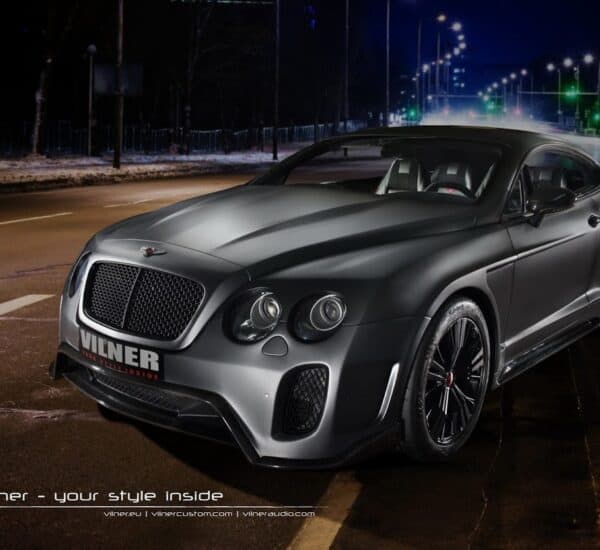